8 Olympic champions will come to Lausanne! 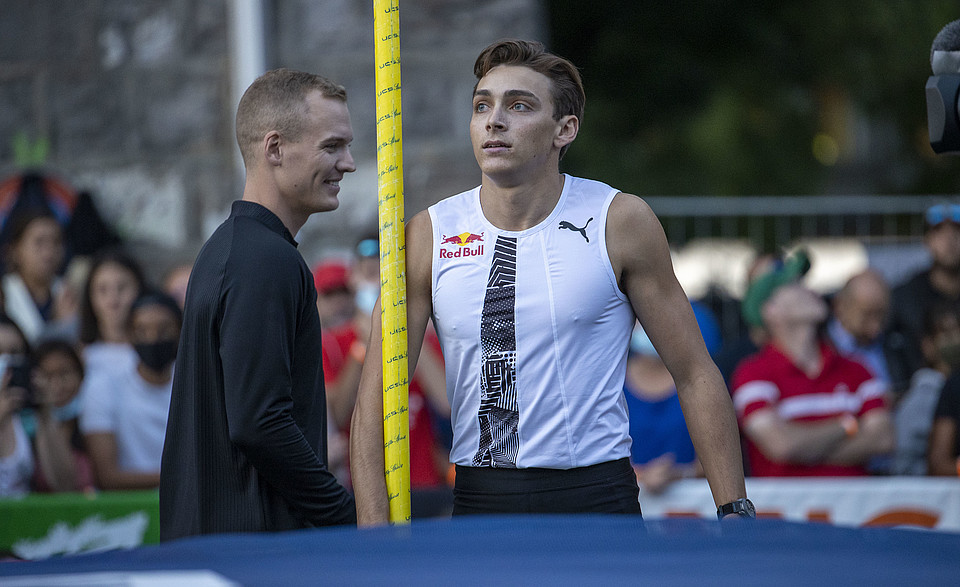 Spotlight on height and sprint

Two months before the event, Athletissima has already secured the participation of eight reigning Olympic champions for its 26th of August edition in Lausanne. The high jump and the men's 200m, as well as the women's 400m, will be among the highlights of the meeting.

The line-up for the 47th edition of Athletissima, one of the stages in the Wanda Diamond League, is already looking impressive even though most of the entries will only be finalized after the various championships still to come in this very busy summer (World Championships in Eugene, Commonwealth Games in Birmingham and European Championships in Munich). The men’s high jump will bring together the “crème de la crème”, with the Qatari Mutaz Barshim and the Italian Gianmarco Tamberi, the two men who shared Olympic gold last summer in Tokyo, the South Korean Woo Sanghyeok, World Indoor Champion and, of course, the Swiss record holder and vice-World Indoor Champion Loïc Gasch.

The public will be able to admire two of the best runners in athletics, coming from the Bahamas: Shaunae Miller-Uibo, Olympic champion in the discipline, will line up in the 400m, while her compatriot Steven Gardiner, Olympic and World Champion in the 400m, will compete in the 200m.

In the 200m, always very popular in Lausanne, Gardiner will face the American Noah Lyles, the reigning World Champion and Olympic bronze medallist, and should also face the Olympic vicechampion Kenny Bednarek (USA). It was in Lausanne that Noah Lyles had signed in 2019 the exceptionally fast time of 19''50 which makes him the 5th fastest performer in history.

The throwing disciplines promise an exhilarating performance with the presence of Olympic champions Ryan Crouser (USA) in the shot put and Neeraj Chopra (India) in the javelin. Star of the stars, Olympic champion and world record-holder Armand Duplantis will lead a highflying line-up in the pole vault competition which will take place the day before the meeting, on the 25th of August, in the idyllic setting of Ouchy, on the shores of Lake Geneva. The event will take place under a marquee, to allow great performances regardless of the weather.

Among the other stars, Athletissima can already announce the participation in the 400m hurdles of the Dutchwoman Femke Bol, trained by the Swiss Laurent Meuwly, the Ethiopian Lamesha Girma in the 3000m steeplechase and the Portuguese Pedro Pichardo, world number 1 Olympic champion in the triple jump, a discipline which was added at the last minute to the programme after the cancellation of the Chinese meeting in Shenzhen.

The best Swiss athletes will of course be present, led by Mujinga Kambundji and Ajla Del Ponte, respectively world and European indoor champions in the 60m, who will run the 100m, as well as the women's 4x100m relay.

This edition will be special for Athletissima, which will receive the World Athletics Heritage Plaque to mark the occasion. This award honours events that have made an important contribution to the history and development of athletics. “Congratulations to Athletissima Lausanne on the award of the World Athletics Heritage Plaque, which marks the meeting’s important place in the development of the international invitational track and field circuit,” said World Athletics President Sebastian Coe. IOC President Thomas Bach is expected to be present for the inauguration of the plaque on the day of the meeting at La Pontaise (stadium).