Everything you need to know about the CITY EVENT🤩! 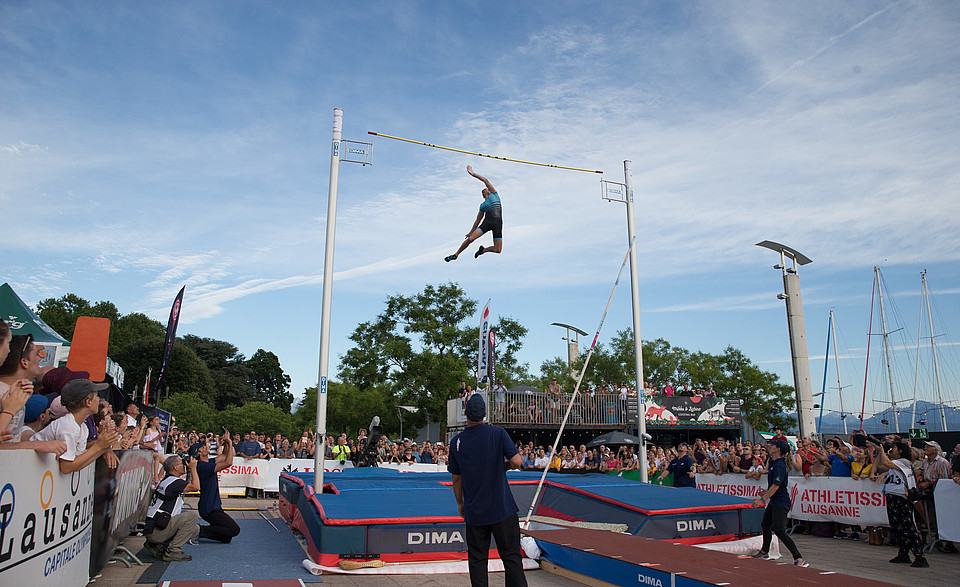 What a pleasure and honour for Athletissima to be able to once again receive the World’s number one in athletics with Armand Duplantis. The Swede will already perform this Thursday during the City Event, organized under a marquee by the lake, in a pole vault competition that will bring together the leading specialists around the globe.

When he prepares for a competition, the question is no longer who will win, but instead what will be the performance of the Scandinavian. Duplantis had a perfect season, being almost invincible, perching more than 6 meters four times out of five.

Last week in Munich, he won his second European title, with a bonus Championship record (6.06 meters) and without having missed a single bar. One month earlier, he had won the World gold title in Eugene (USA), with his World record of 6.21 meters.

Under the marquee of Place de la Navigation in Lausanne, Duplantis will be keen to put on a show. Admission for the public will be free. The marquee will protect the athletes from possible bad weather but will be open on the sides, in order to allow a maximum amount of people to follow the competition.

Runner-up to Duplantis at the Tokyo Olympics last year and at the Worlds in Eugene, Chris Nilsen still promises to be his main rival in Lausanne. The American has already jumped 6m this summer.

The French veteran Renaud Lavillenie, triple European champion and ex-World record holder, will seek to make up for his disappointment in Munich (7th place).

In ascending phase, the Filipino Ernest John Obiena will be the man for all to discover. He revealed himself at the highest level with his bronze medal at the Worlds last July (5.94 meters). Also in progress, the two French hopefuls Thibaut Collet (record at 5.82 meters) and Anthony Ammirati (5.75 meters), as well as their compatriot Valentin Lavillenie (5.85 meters) will likely fill the field. Just like the Belgian Ben Broeders (5.85 meters), the Norwegian Sondre Guttormsen (5.81 meters) and the Swiss record holder Dominik Alberto (5.71 meters).

The competition will start at 6:00 p.m., all the information can be found here.