Summary - Despite fatigue, Duplantis takes off at 6.10 meters🤩! 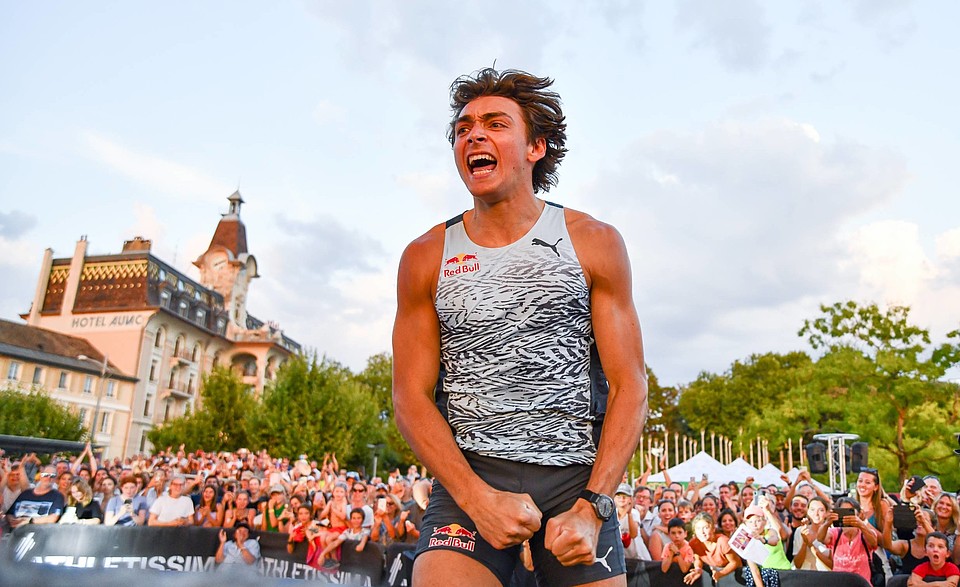 We enjoyed the Athletissima pole vaulting competition in Flon two years ago, we loved the one on Thursday by the lake, at Place de la Navigation. The ten athletes put on a show and lined up great performances, at least the best of them, starting with Armand Duplantis. The Swede hovered over the entire competition with a jump of 6.10 meters, the meeting record.

Dream decor, warmth, jubilant audience estimated between 3000 and 4000 people, music for the occasion, where the conditions were almost perfect, were it not for a slight headwind which marginally bothered the jumpers. In particular the 2012 Olympic champion, the Frenchman Renaud Lavillenie, who remained at 5.40 meters (8th place).

Almost always impressive with ease from the start of the competition, Duplantis crossed his first bars with a wide margin. As of 6 meters, things got more complicated : the Swede had to try three times to pass the “hurdle”. He was then alone in the running, with his two main rivals, the Olympic and World vice-champion Chris Nilsen (USA) and the great Filipino hope Ernest John Obiena, having stopped at 5.80 meters (2nd and 3rd respectively).

Under the eyes of his father and trainer Greg, a former World-class jumper, Duplantis then put the bar down at 6.10 meters. He applied himself, fought against the fatigue which had begun to do its work to cross this bar on his third attempt. It was already his ninth jump of the evening, just over a week after his European title in Munich. The fantastic champion, despite all his good will, despite the support of the public and his t-shirt with the image of an energy drink, no longer had the juice necessary to return to the fight and tackle his World record (6.21 meters). He stopped his contest. His performance at 6.10 meters nevertheless tends to trivialize once again the exceptional.

It also allows him to erase his disillusionment with Lausanne from last year. In a competition disturbed by the wind, at Pontaise, the Scandinavian then ended up 4th place with 5.62 meters, 20 cm from the winner, Chris Nilsen.

« This year, this City Event was a level above that of 2020 » enthused the Frenchman Thibaut Collet, 6th in the competition. Two years ago, Duplantis was stopped by darkness and stopped at 6.07 meters. This time, in absence of injured 2019 World champion Sam Kendricks (USA), Duplantis had no equal.

The man who redefines the human limits of discipline well deserved the presence among the public of the legendary Sergeï Bubka, six times World champion, and of Thomas Bach, the president of the IOC, who could not miss such a show. « under its windows ».