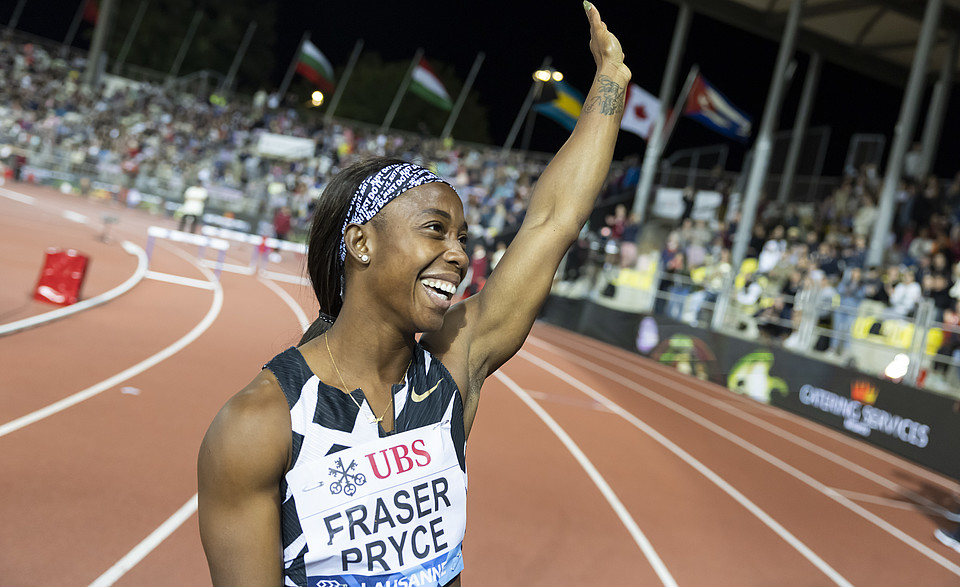 The Athletissima 2022 line-up has been strengthened by the confirmation of three of the most successful and charismatic athletes. Jamaican sprinter Shelly-Ann Fraser-Pryce, American phenomenon Erriyon Knighton and the number 1 in women's athletics, triple jumper, Yulimar Rojas, will be present at the Pontaise (stadium) in Lausanne on the 26th of August for the antepenultimate stage of the Wanda Diamond League 2022.

For Jacky Delapierre, the trip to Eugene for the World Championships currently taking place was worth it. The boss of Athletissima was able to sign – in addition to the eight Olympic champions previously announced – three new stars capable of thrilling the public.

Shelly-Ann Fraser-Pryce, alias "Mommy Rocket" or SAFP, has just won her fifth world title in the 100m at the age of 35, thirteen years after the first, in 2009. An unprecedented feat in sprint. Always putting in great performances in meetings too, the Jamaican with an explosive start and tousled hair will line up in Lausanne for her favourite distance, and in the stadium where she ran her fastest of her career: last year, she rocketed to 10''60 at the Pontaise, the third best world performance of all time.

Quite in contrast to the Jamaican, twice as young (18 years old) as Fraser-Pryce and who is 1m92, Erriyon Knighton will be the attraction of a men's sprint in full revival. The young Floridian whom some see as the successor to Usain Bolt became, this spring, in 19”49, the fourth fastest world performer of all time in the 200m. Knowing that the very regular bend of the Pontaise is tailor-made for this discipline, and that in Lausanne he will come head-to-head with his great American rival Noah Lyles (already announced, and who ran 19''50 in Lausanne three years ago), Athletissima's track will ignite.

Venezuelan Yulimar Rojas, who dreams of becoming the first woman to cross the 16m mark, will find a jump track that she considers to be the best in the world, as she told Jacky Delapierre. Last year, the now triple world champion and reigning Olympic champion flew to 15m52 at the Pontaise. Her world record (15m67/15m74 indoors) will be in danger on the 26th of August.

Athletissima also announces the participation of Hansle Parchment, over the 110m hurdles. The reigning Olympic champion from Jamaica will be hungry for revenge, although nothing will makeup for his heart-breaking withdrawal in Eugene. He had to give up a few days ago to run in the final of the Worlds after being hurt in the warm-up. But he will be there in Lausanne.

Neeraj Chopra (already announced). Athletissima has secured the participation this week of the Czechs Jakub Vadlejch and Vitezslav Vesely, the Germans Julian Weber and Andreas Hofmann and the 2019 world champion and world No. 1 in the discipline, the Grenadian Anderson Peters.