Jakob Ingebrigtsen in Lausanne for the 1500m 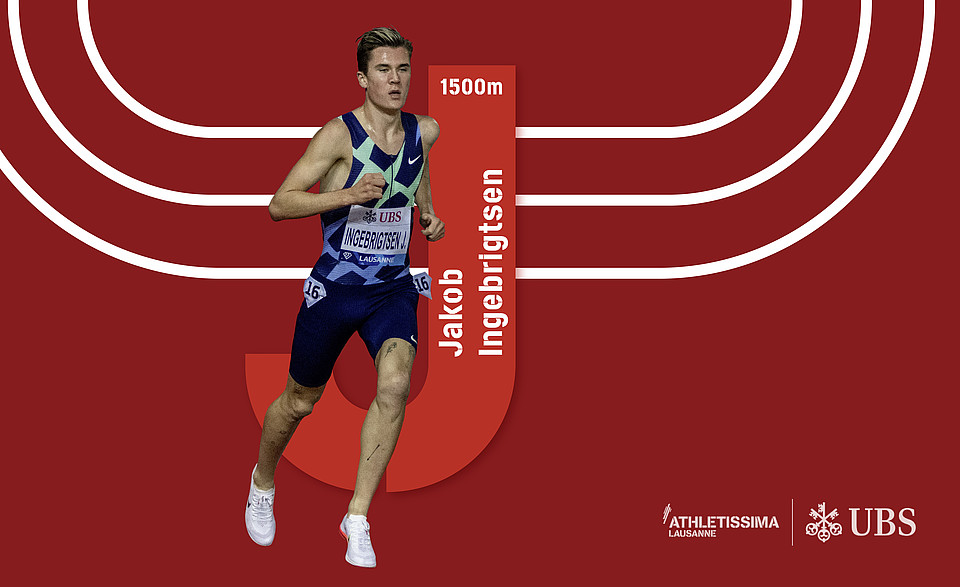 Jakob Ingebrigtsen will race at Athletissima this Friday. The young Norwegian prodigy, who won a second consecutive double 1500-5000m at the European Championships in Munich last week, will be the attraction of a 1500 m which promises to be very fast at the Pontaise (stadium).

Ingebrigtsen (21) is coming off an exceptional season, which saw him win the world title in Eugene (USA) last month in the 5000m and silver in the 1500m, before his double title in the European Championships. The Norwegian Olympic champion chose, at the last moment, to run in Lausanne, the third last stage of the Wanda Diamond League 2022, where he will try to achieve a "great" time.

His main rivals will be Kenyans Timothy Cheruiyot, world champion in 2019, and Abel Kipsang. Cheruiyot made a strong impression in Lausanne in 2019 by winning in 3'28''77. As for Ingebrigtsen, the way he dominated his opponents in Munich over 1500m, leading from start to finish to set a new Championship record (3'32''76), says a lot about his current form.

Athletissima has also finalised the participation of Britain's Laura Muir in the 3000m. The Scot won gold in Munich in the 1500m with an impressive acceleration 400m from the finish, a year after her silver medal at the Tokyo Olympics. Her confrontation in Lausanne with the Dutch Sifan Hassan and with the Burundian Francine Niyonsaba promises to be spicy.