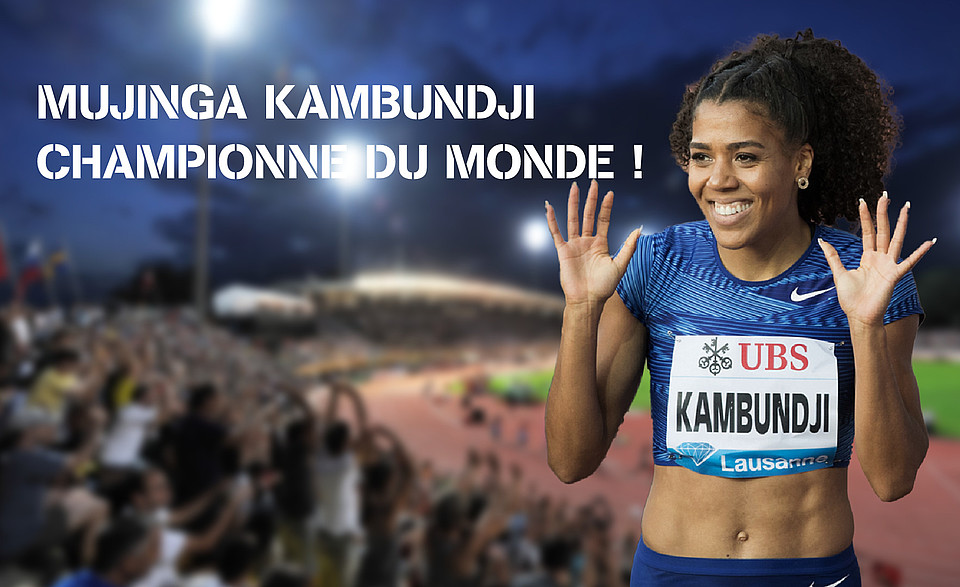 Mujinga Kambundji achieved one of the most fabulous feats in the history of Swiss athletics on Saturday in the Stark Arena in Belgrade. She won gold in the 60m at the World Indoor Championships, posting the 4th fastest time ever.

What a day for Athletissima's rocket ambassador! It has been almost a quarter of a century since a woman has run so fast on the planet. In 1998, Marion Jones had achieved a time of 6"95.

In 6"96, "Muji" came within one hundredth of the legendary American's time. The Bernese woman beat all her Jamaican and American rivals to become the second Swiss woman to be crowned world indoor champion, 29 years after Julie Baumann-Rocheleau in the 60 m hurdles (in Toronto in 1993). Behind Kambundji, the Americans Mikiah Brisco (6"99) and Marybeth Sant-Price (7"04) had to be satisfied with silver and bronze.

Mujinga Kambundji jumped out of the starting blocks perfectly and then beat all her opponents to the post, with a magnificent finish

In history, apart from Marion Jones, only the Russian Irina Privalova (6"92) and the American Gail Devers have run faster than Kambundji.  That was in 1993, a different era. The Bernese woman pulverised the Swiss record by 7 hundredths. She has, to say the least, reached a new level, seven months after her 6th place in the Olympic 100 m final in Tokyo.

Mujinga Kambundji has the art of sublimating herself in major events. She certainly won bronze at the 2018 World Indoor Championships in Birmingham and at the 2019 Doha World Championships (outdoor) in the 100m. But no one - apart from herself? - expected her to be at such a high level in Belgrade.

This will give rise to the wildest hopes for this summer, with the World Championships in Eugene, the European Championships in Munich and of course Athletissima on the programme. And what can be said about the perspectives of the relay, seeing also the fantastic 7"11" of the neophyte Géraldine Frey, who only missed the final by 1 hundredth...