Preview - Everything is in place for the 47th edition of Athletissima! 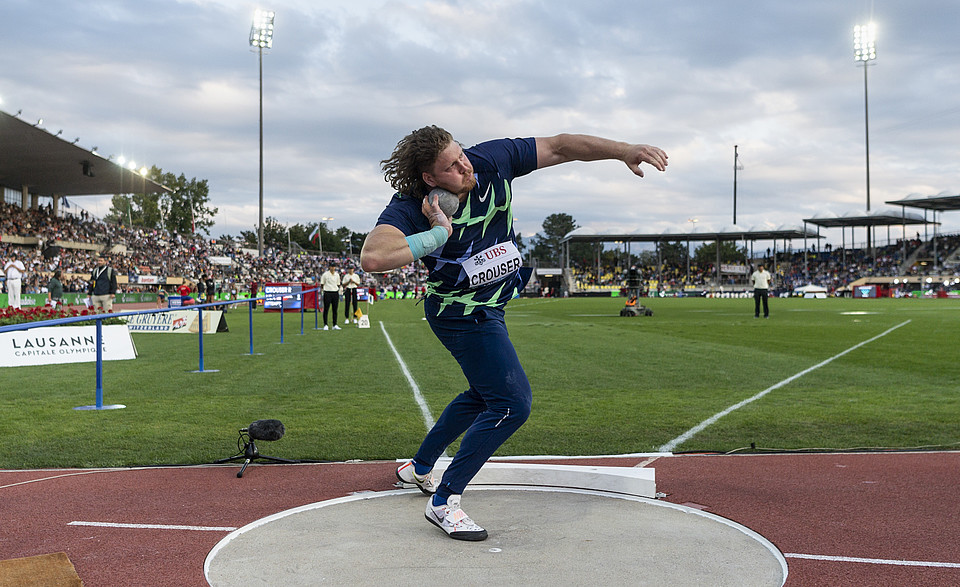 A wonderful cast, starting with the sprint

Everything is in place for the 47th edition of Athletissima, Friday, a show of high performance. Eighteen reigning World champions (including relays) will be there, as well as a good number of Swiss athletes who recently shone at the Europeans in Munich, for a meeting taking place to a sold-out crowd.

The 12,700 places available have all been sold, similar to the bast days of athletics, when Usain Bolt fascinated the crowds. Since then, the public has learned to discover other faces. In Lausanne, each of the fifteen disciplines stamped Diamond League will gather the finest, as rarely seen before. With five highlights (in addition to the men’s pole vault which will be held on Thursday already) : the women’s 100 meters, the men’s 200 meters, the women’s triple jump, the women’s 100 meter hurdles and the men’s 1500 meters.

As a reminder, this penultimate stage of the Wanda Diamond League of 2022 will be decisive, in several disciplines, to collect the points allowing the athletes to qualify for the final on the 7th and the 8th of September in Zurich. In addition to the hunt for lap times, magnificent duels are looming.

No less than four of the seven fastest athletes of all time will find themselves in a fiery women’s 100 meters. Among them, the Jamaican trio formed by the triple Olympic champion Elaine Thompson-Herah (record at 10”54), the five-team World champion Shelly-Ann Fraser (10”60, in Lausanne in 2021) and the 200 meters World champion Shericka Jackson (10”71) will be a difficult “yellow wall” for their rivals. But beware of the Ivorian Marie-Josée Ta Lou (record at 10”72) and Mujinga Kambundji. The Swiss record holder (10”89) will have the support of the entire stadium, one week after her European title in the 200 meters in Munich.

The men’s 200 meters also promises to be wonderful, between the Americans Noah Lyles, double World champion, Erriyon Knighton, junior World record holder in the 100 meters and Michael Norman, World champion in the 400 meters. Lyles ran in 19”31 at the previous Worlds in Eugene (USA), 0”12 from Usain Bolt’s World record.

The half-lap of the track almost always leads to extraordinary times at Pontaise. The men’s heights will also be of the bests, since the two great rivals and friends Mutaz Barshim (QAT) and Gianmarco Tamberi (ITA), who had shared the Olympic gold in Tokyo, facing each other again, with the Ukrainian Andriy Protsenko and the spectacular American JuVaughn Harrison in ambush. Barshim is also the reigning World champion.

Star of the European Championships in Munich with three gold medals to her name, the Dutch Femke Bol will light up the women’s 400 meter hurdles for a fantastic duel against American Dalilah Muhammad, World champion in 2019.

Over 100 meter hurdles, the public will discover the revelation of the Worlds, the Nigerian Tobi Amusan. In the semi-finals in Eugene, on the road to her title, she had appropriated the World record with 12”12. She will find in particular the American Kendra Harrison, who had preceded her as World record holder (12”20) and the Puerto Rican Jasmine Camacho-Quinn. Also in the race, the Swiss Ditaji Kambundji, bronze medalist at the European Championships.

The 110 meter hurdles will allow us to see Grant Holloway (USA), reigning World champion and second best performer of all time (12”81), at 1 hundredth from Aries Merritt’s World record. The Jamaican Hansle Parchment, reigning Olympic champion, will challenge him for victory. Fourth in the European Championships, the Swiss Jason Joseph will try to stay in the race.

The women’s triple jump promises to be a great moment, especially for the public in the opposite stand. We will see the phenomenal Yulimar Rojas, World No. 1 in women’s athletics, invincible for three consecutive years. Will the Venezuelan challenge he World record (15.74 meters)?

Ingebrigtsen against the Kenyans

The 1500 meters will keep the public on their toes with several athletes able to “go down” under 3’30”. Among them, the Norwegian Jakob Ingebrigtsen, quadruple European champion, World champion at only 21 years old, will compete for victory with the Kenyans led by Timothy Cheruiyot, always particularly fantastic in the big meetings.

In weights, who to beat American Ryan Crouser? The double Olympic champion and World champion is regularly around 23 meters (World record at 23m37). His compatriot Joe Kovacs and New Zealander Tom Walsh seem best placed to stir up competition.

In the 400 meters, Olympic and World champion Shaunae Miller-Uibo (BAH) had to forfeit last minute. Either way : two reigning World champions will nevertheless run this lap, Marileidy Paulino and Fiordaliza Cofil. Both were winners of the gold in the 4 by 400 meters mixed relay with Dominican Republic in Eugene.

The women’s 3000 meters will definitely see a clash of styles between the Dutch Sifan Hassan, double Olympic champion and who is back in shape after a long break, the Briton Laura Muir, European champion in the 1500 meters and the Burundian Francine Niyonsaba, coming from the 800 meters.

The men’s 3000 meters steeplechase promises to be extremely fast with the presence of Soufiane El Bakkali (MAR), the World champion, and the squads of Kenya and Ethiopia, including Getnet Wale.

In the javelin, the Olympic champion Neeraj Chopra, who has become an icon for India far beyond just in sports, since his historic title in Tokyo will be the attraction of a competition. He will be wary of the Czech Jakub Vadlejch, his runner-up at the Olympics, and Finland’s Lassi Etelätalo, bronze medalist at the Europeans.

The field will be magnificent for the women’s pole. The 2016 Olympic champion in Rio, Ekaterini Stefanidi (GRE), remaining 2nd very recently at the Europeans in Munich, will face the astonishing European champion Wilma Murto (FIN) and the American Sandi Morris, silver medalist at the Worlds in Eugene. Back in shape, the Swiss Angelica Moser, who loves jumping in Lausanne, will have her say, as will the Slovenian Tina Sutej.

In the men’s triple jump, the Burkinabe Hugues Fabrice Zango, vice-World champion, will be the favorite of a competition (starting at 6:20 p.m. already!) which should allow the triple World champion (2015, 2017 and 2019) Christian Taylor (USA) to pursue his comeback to the fore after breaking an Achilles heel last year.

Several non-Diamond League events will also be featured on the program, including an interesting women’s 800 meters (with the Swiss Lore Hoffmann, 4th at the Munich Europeans, and Audrey Werro) and the women’s 4 by 100 meters relay at the end end of the meeting.