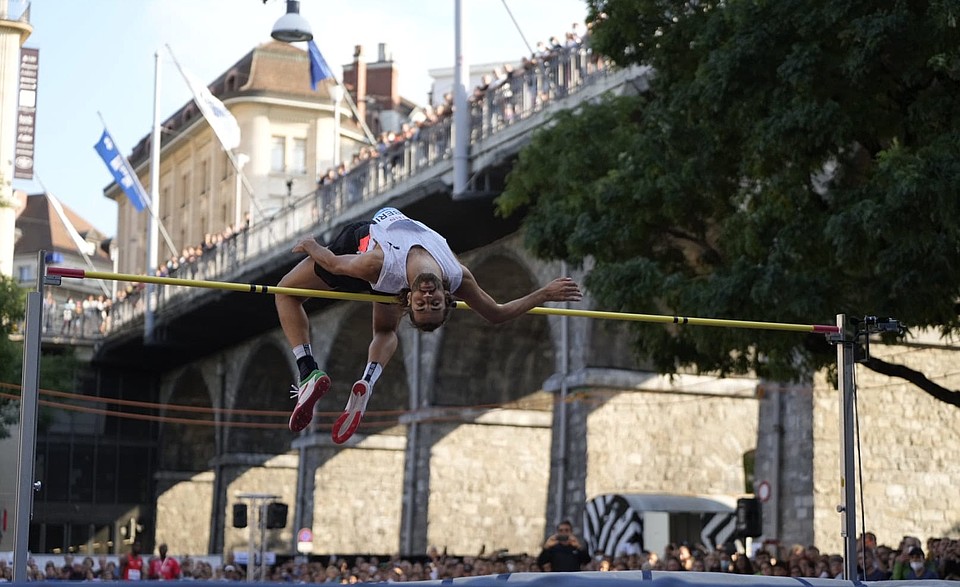 Ilya Ivanyuk won his third Wanda Diamond League (WDL) title of the season in Lausanne, during the Athletissima high jump competition organised downtown. In front of an enthusiastic audience, the athlete won with 2.30m, right under the nose of the Italian Olympic champion Gianmarco Tamberi (5th), who was blunted after his victory in Tokyo.

Tamberi did not have much strength left in his legs, but his temperament and his communicative joy were intact, which created a great atmosphere in the public, to the rhythm of dynamic music.

Ninth “only” in the Olympic final in Tokyo, Ivanyuk had a little revenge to take. He managed to do so by clearing 2.30m on his second attempt, before tackling a bar at 2.38m that would have represented both a personal best and a world best performance of the year. He failed without losing his smile, to win ahead of American Shelby McEwen (2nd) and Ukrainian Andriy Protsenko (3rd), both with 2m27.

Tamberi remained stuck at 2m24, apologising for not going higher but quick to respond to the numerous requests from his fans. The Italian seduced despite everything but was physically tired, just like Loïc Gasch. The Swiss record-holder from Vaud with 2m33 could only do better than 2m24 (6th). “The runway was very good, very fast. But I got tired. I don't know if I will jump again this season. I received an invitation for the Weltklasse meeting in Zurich, I would love to go there but we will see how I feel physically”, said the semi-pro athlete from Sainte-Croix.